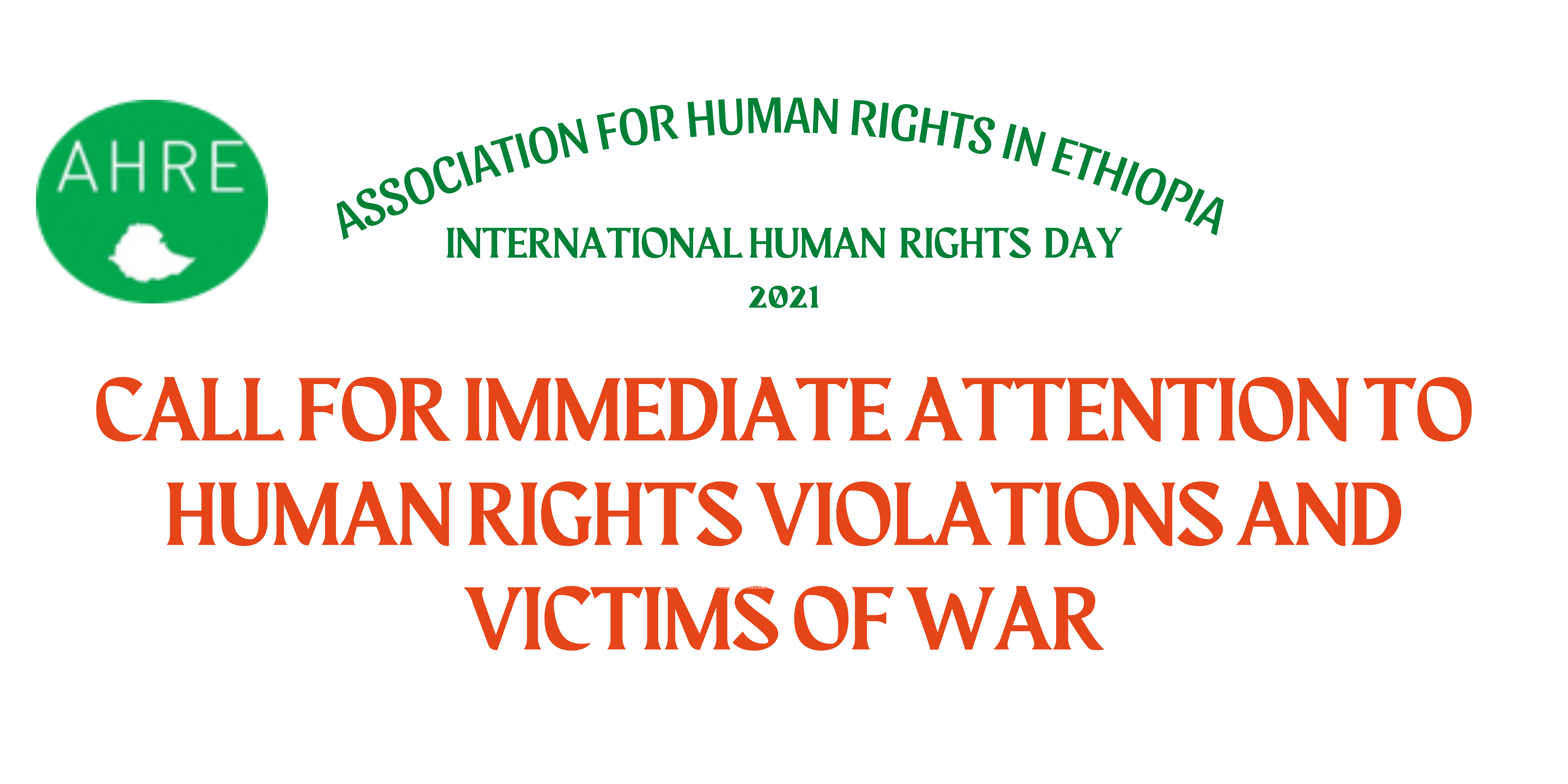 Commemoration of International Human Rights Day is being celebrated for the 73rd time globally.  Though respect for human rights should be part of our day-to-day lives and behaviors, honoring the day internationally indicates that respecting human rights deserves significant attention from people of the world.

However, due to the war in the Northern part of our country, grave human rights violations have been committed. Following that, the Office of the United Nations High Commissioner for Human Rights in collaboration with the Ethiopian Human Rights Commission conducted an investigation that identified the magnitude and types of the damages and forwarded recommendations. Thus, our Organization, Association for Human Rights in Ethiopia (AHRE) would like to extend its appreciation for this initiative and encourages continuity of such endeavors.

Still because of the ongoing war, apart from the massive destruction of infrastructures and looting of public and private properties, incidences of grave human rights violations are being reported from areas that were under the control of TPLF in the Amhara and Afar Regions.  Hence, concerned actors are exerting efforts to rebuild and maintain infrastructures to resume service, and reintegrate displaced citizens into their residents.

Yet, alongside these initiatives, investigations of human rights violations, organizing evidence, and holding perpetrators accountable need a substantial commitment. Particularly, support to be provided for women and girls who are victims of sexual and gender-based violence calls for serious attention and collaborative engagements of stakeholders.