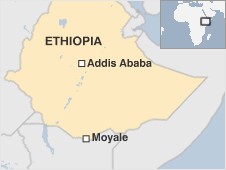 The war that began in the northern part of the country in the Tigray region has spread to the neighboring Afar and Amhara regions causing destruction and death of innocent civilians. In these locations, particularly around Northern Wollo and Wag Himra, the displacement of citizens has led to severe humanitarian crises. The problem has exacerbated since the area was in a recovery state after being hit by a natural disaster. According to reliable sources in the area, we have learned that thousands of children, elders, and women are under severe crisis and in need of urgent food aid and other emergency assistance. In addition to this, in areas that are under the control of TPLF looting and destruction of property has made citizens unable to access adequate food and medical assistance and worsened the conditions. On September 1 and 2, 2021 it has been confirmed that more than 200 civilians were killed and buried by gunmen in Amhara region, North Gondar, Chiina Kebele, Dabat Woreda.

On the other hand, on August 05/2021, TPLF forces have killed 240 civilians living in Galicoma village in Afar region out of which 107 are children. Others have been robbed and their houses burned to the ground. Sources reveal that due to these thousands of civilians have been displaced from Yalo, Awra and Galicoma villages and need immediate assistance.

Thousands of Amharas have already been displaced from various parts of the Oromia region long before civilians from war struck areas fled the war and settled in Dessie and Hayik towns, Habru Woreda and other areas which has greatly increased the number of IDPs and those in need of emergency assistance. This has made life-saving work and relief effort in the area extremely challenging. As a result, reports from the area indicate that thousands of IPDs lives are in danger due to lack of food and medical care. Although the government is handling multiple crises in the country, if the situation of these citizens is not addressed and immediate action is not taken by the government, the damage to human lives will be far greater. The current situation of the IDPs in this region is immediate and should be prioritized by the government. Since it is the responsibility of the government to protect civilians from massacres, serious humanitarian assistance and protection should be provided to civilians in these regions. We also urge putting in place proper conditions so that other Aid-organizations can provide immediate emergency assistance.