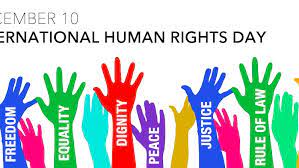 “
For Ethiopians, COVID 19 has been most devastating. Its eruption has been followed by grave human
rights violations in different parts of the country. A number of innocent citizens died, wounded, lost
their properties and displaced from their home towns due to ethnic based attacks. A number of
precautionary measures taken by the government, including the extension of the 6 th national
election that disappointed prominent oppositions, have contributed for the most human rights
violations and chaos occurred in the country.
No peace in most part of the country where ethnic based attack is prevalent. The human rights
violations have continued, and people are being brutally killed and displaced. On the other hand,
development can never be achieved without peace and there can be no peace and security without
respect for human rights and rule of law. Ethiopians are struggling to recover from COVID 19 and
unrests that followed its eruption.
Hence, upon celebrating the 72 th year of Human Rights Day, AHRE calls up on all the concerned
parties to stop the massive human rights violations happening in different parts of our country and
ensure rule of law, and thereby secure the safety and security of citizens dwelling at every corner of
the country.