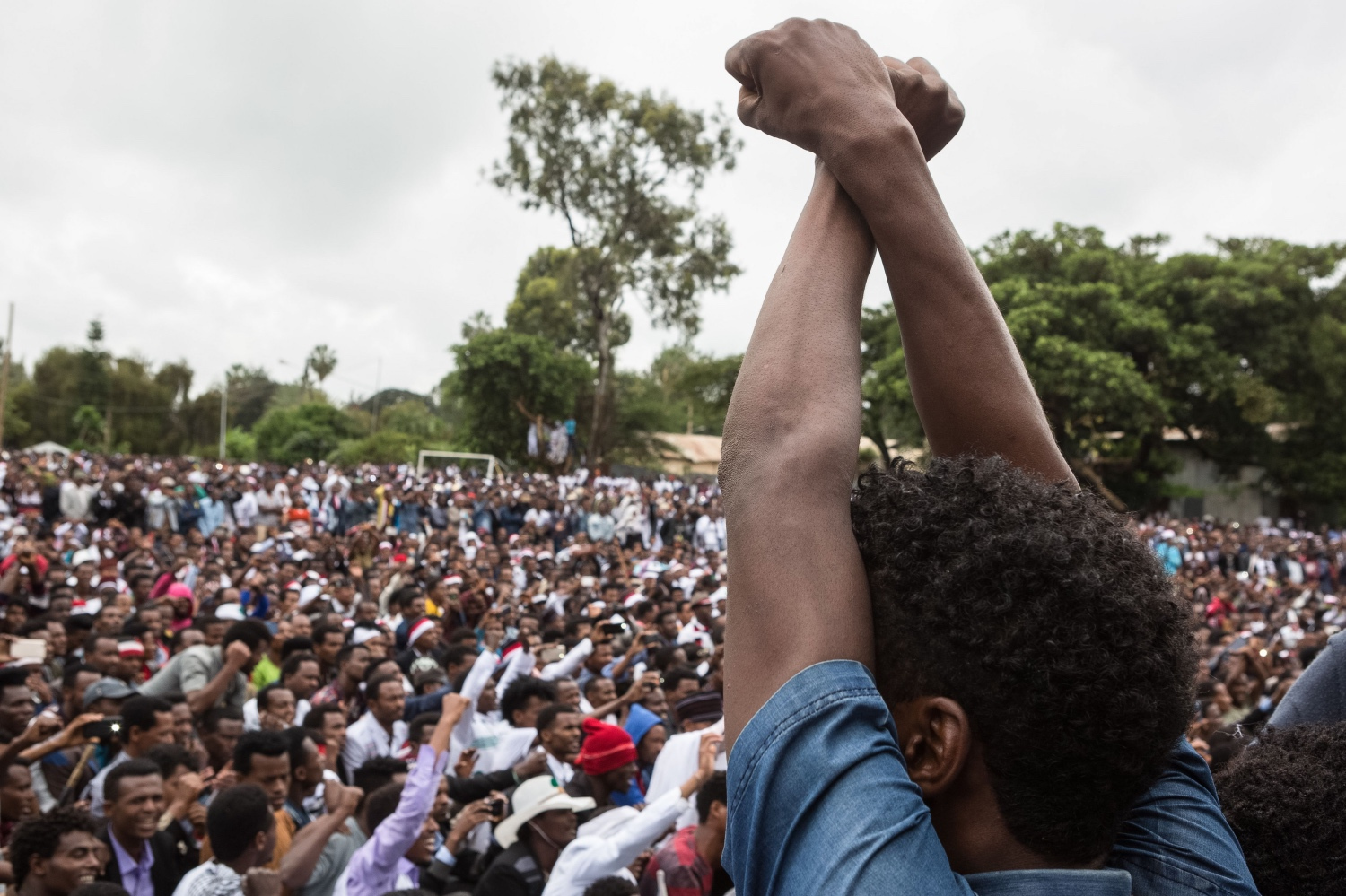 Cc: Abadula Gemeda, Speaker of the House of Peoples’ Representative

The undersigned international, regional and national human rights and development organisations write to express our grave concern over the recent arrest of 11 Ethiopian journalists, bloggers and political opposition leaders amid a new crackdown on fundamental freedoms. Such measures undermine the Ethiopian government’s international human rights obligations as well as recent political commitments to initiate an era of widespread democratic political reform. As you assume your position as Prime Minister, we urge the Ethiopian Government to immediately and unconditionally release all human rights defenders, political activists and journalists, including the 11 individuals detained this week.

The arrests were carried out while the defenders were attending a private meeting in Addis Ababa at the home of journalist Temesgen Desalegn. The private gathering was held in recognition of the recent release of thousands of political prisoners amidst ongoing and widespread protests against political marginalisation and land grabbing in the Oromia and Amhara regions which began in late 2015. The eleven are currently being held at Gotera-Pepsi Police Station in Addis Ababa.

Days earlier on 8 March, authorities arrested Seyoum Teshome, a prominent blogger and university lecturer. Teshome, who is a frequent contributor to Ethiothinkthank.com and was detained for three months under the previous State of Emergency, is currently being held in the notorious Maekelawi Prison in Addis Ababa.

While the authorities have not publicly indicated if charges will be brought against the defenders, under the February reinstatement of the national State of Emergency, groups and individuals must seek permission from the Command Post to host public gatherings.

Prior to their release in February, several of the defenders had previously been imprisoned for periods ranging from two to seven years in relation to their legitimate work as journalists, bloggers and political activists. Eskinder Nega and the Zone9 Bloggers are recipients of international awards celebrating their contribution to independent journalism and human rights.

Such measures are contrary to international human rights law and the Ethiopian Constitution and are counter-productive to peace and security. The invocation of the State of Emergency criminalizes dissent and persecutes human rights defenders, protesters, and journalists.

We urge the government of Ethiopia to: (i) immediately release all human rights defenders, political opponents, and journalists detained for exercising their legitimate rights to freedom of expression, association, and assembly; (ii) end all forms of harassment against journalists and all citizens with critical views on national matters and; (iii) review and amend the State of Emergency to ensure that any limitations on fundamental rights are in line with international human rights obligations.