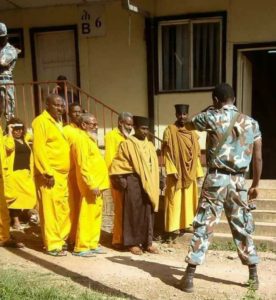 The selected stories are translated from Amharic with the aim of notifying the international community the dire conditions of Ethiopia’s political prisoners at this time, and the highly disturbing prison system in the country. The stories also affirm Ethiopia’s government’s politicized use of the ominous Anti-Terrorism Proclamation, and the inability of the justice system to protect the safety of prisoners. Equally important- the prisoners’ accounts also exemplify the ways Ethiopian authorities, in violation of constitutional and international obligations, continue to use power to silence, criminalize, torture, and kill dissidents.

He was detained on October 2016. Belayneh and five other defendants on under file name Nigist Yirga et al, were officially charged on January 20, 2017, for the offense of contravening articles 3(4) and (6) of the Anti-Terrorism Proclamation. The case is still open.

Charge description: Recruiting members Ginbot 7 (listed as a terrorist organization by Ethiopia’s government); travelling to Eritrea to take political and military training; communicating with the London based Dr. Tadesse Biru on Facebook and notifying his allegiance to Ginbot 7, and his plans to engage in military warfare with Ethiopian troops; reporting to ESAT TV about the protests in Amhara region; damaging government and personal properties.

“Security officers apprehended me when I was entering into my office in Bahir Dar, and took me to Bahir Dar Police Station. I spent the night there lying on the floor without any food. The next day, they took me to intelligence bureau in Bahir Dar, and severely beat me for two consecutive days. They were demanding that I falsely testify against Engineer Yilkal Getnet and Abebe Akalu, leaders of Semayawi Party (a legally registered political party), and testify to the court that they are linked with Ginbot 7.

The beating got worse after I moved to Maekelawi prison in Addis Ababa; they beat me with their stick and electrical wires. Sometimes they would call me in the middle of the day for interrogation and had me skip my lunch; other times they would call me at 9:00 PM and beat me until 12:00 AM. I was very hurt and too weak to move on my own for three days.”

He is 18th defendant under the file name Olana Kebede et al, who were charged for the offense of contravening article 32(1)(a) of the FDRE Penal Code of 2004 and article 7(1) of the Anti-Terrorism Proclamation (652/2009).

Charge description: Along with five other defendants in the same file- being a member of Oromo Liberation Front (OLF) (Listed a terrorist organization by Ethiopia’s government); organizing themselves in cell structure; assigning themselves duty and responsibility; recruiting members; communicating with and receiving missions, training and money from leaders of the terror organization based abroad for the purposes of executing missions.

Lakew’s testimony: “I used to be a healthy person, but that changed after I was arrested. I am now suffering from diabetes, cholesterol, hemorrhoids, and kidney failure.  I got all of these due to the abuse and maltreatments I endured in prison.  It is very hard to get proper treatment here. The prison system has a procedure of releasing chronic patients before they finish their prison time, but the prison officials hid my medical file so as to deny me an early release. They also refused to grant me admission to referral a hospital for better treatment.

He is charged for the offense of contravening Article 4 of the Anti-Terrorism Proclamation (652/2009. 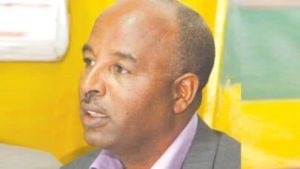 Charge description: Recruiting members for the purpose of spreading the people’s protests in Amhara region to other parts of the country; organizing and leading the movement in Gonder and Gojjam by communicating with individuals in Ethiopia and in exile; recruiting members for Ginbot 7, and sending them to Eritrea; opening a military training in Semien Shewa so as to overthrow the government in a coup, and training and arming members.

Mamushet had already been imprisoned and released 11 times before his recent arrest; this is his 12th., making him the most frequently imprisoned political prisoner in Ethiopia.

Mamushet testified that he is suffering from nerve disease and haemorrhoids, both due to ill-treatments he faced in prison, especially in “Siberia” ward at Maekelawi prison in Addis Ababa where movement and exposure to sunlight was impossible. He is also denied further treatment despite his deteriorating health and against the advice of prison health officials for a better treatment at a referral hospital.

Armaye’s father recounts his conversation with his late son:

“He was moved to Showa Robit prison follwing Qilinto fire outbreak[1]. When I went to visit him, his hands and face had swollen; he told me they were beating him. He couldn’t talk freely because security guards were closely monitoring us. He was wearing shorts, and was almost naked. I saw that there were bruises on his feet. He told me they hit him every evening, and said they tied a plastic water bottle to his testicles; he had difficulties waring trousers.

Later, they moved him back to Qilinto, but the beating got worse. In the summer 2016, they took him to a solitary confinement for 15 days, claiming he provoked other prisoners to rebel. He was born and raised in Addis Ababa, but they claimed he was OLF member simply because his family members were born in Ambo. He told me they were threatening to kill him. We used to visit him once a week, but he asked us to visit him at least three times a week so we could at least receive his body on time if they kill him.”

The first defendant in the same file, Bisrat Abera said this in court:

“They kicked Armaye to death in the chest with their shoes; I was there when it happened. They beat many of us in the presence of the prison head, Superintendent Assefa Kidane. We have already asked the court last time to move us to another prison. We are at the hands of killers; where can we go?

I am risking my life for speaking today, but what else can I do? I have asked before and I will ask again now; please don’t send me back to Qilinto. Move me to either Kaliti or Maekelawi prison. I know about the violations in those prisons, but nothing can be compared to Qilinto. I will not go back there again; they will kill me.”

The court however declined to order the transfer.

A complaint letter signed by his father, his mother, his sister, and one other family member was filed to court. Excerpt from the letter reads:

“We went to prison to see him on September 12, 2017, but prison officials told us he was in the hospital for stomach ache, and told us to come back the following day; so, we went back home. That same night they called his sister from prison and told her that he had passed away, and that we could take his body from St. Paul Hospital Millennium Medical College.

When we went there, we saw that his head was crushed from violent beating; his belly was cut open and stitched back. (In another testimony, his father requested for autopsy saying, “it looks like Armaye’s organs were taken out”) His body was laid to rest in St. Rufael Hospital on September 13, 2017 at 3:00 PM.

We kindly urge the court to hold accountable Zone 5 security officials who were on duty on September 11 and 12 and bring them to justice.  …. And taking what happened to Armaye into consideration, to provide legal protection to his brother Tewodros Waqe who is detained in Kaliti prison.”

N.B: Tewodros Waqe and his brother Armaye Waqe were initially arrested and charged for the offense of possessing and selling drugs under the same file and were put in 2 different prisons. Following Qilinto fire outbreak, prosecutors filed criminal charges against 121 prisoners, and later added additional 38 prisoners charging them for the offense of contravening different articles of Anti-Terrorism Proclamation (652/2009) and the 2004 penal code.  Armaye was on the list of the first 121. 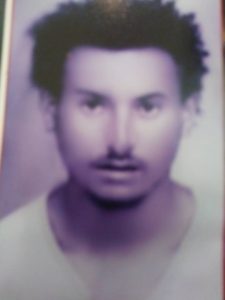 Two monks, facing terrorism charges, have reported that they are being harassed and intimidated by prison officials. On October 26, 2017 Father Gebre Eyesus Gebre Mariam and Father Gebre Sellasie Wolde Haymanot told the Federal High Court that they have faced various kinds of maltreatment and intimidation at Qilinto prison.

Father Gebre Eyesus said, “We have already been assaulted and beaten in Maekelawi prison. Now in Qilinto, we are physically and psychologically assaulted. We are prohibited from praying and from sharing our meal with prisoners who don’t have visitors (Usually prison food is of poor quality, and prisoners receive food from family members and other visitors).

Father Gebre Sellasie on his part said in court: “The government demolished Atseme Kidusan, (a part of Waldeba Monastery), including the surrounding forest. It was my hope and my refuge. We filed a complaint, but to no avail. In fact, I have been harassed since 2004 ever since I complained about the destruction. And now in prison, I am a target of abuse and maltreatment. Our country has no government, only God protects her.”

AHRE urges the Ethiopian authorities to fully comply to its constitutional and international legal obligations and commitments including under the Convention against Torture and Other Cruel, Inhuman or Degrading Treatment or Punishment that Ethiopia has ratified.

AHRE urges the international community, particularly the United Nations Commission on Human Rights and the Special Rapporteur on torture and other cruel, inhuman, or degrading treatment or punishment, to urgently demand the Ethiopian authorities to comply to UN standards and agreements Ethiopia has signed and to the country’s own constitution regarding treatment of prisoners.

We also urge the Special Rapporteur to conduct fact-finding country visits in Ethiopia to investigate the allegations of inhuman treatment of prisoners in Ethiopia’s prisons.